Brace yourself for a face-peeling blast through cyberpunk styled locales. Engage in frantic vehicular combat with over 17 highly explosive abilities and weapons. Inspired by Extreme-G, Rollcage, Wipeout and other 90s/00s combat racers.

Select your vehicle's loadout with four ability slots, each have an important role offensively and defensively. All weapons have strengths and weaknesses; Seeker Missiles are accurate, pack a punch but can be shot down easily with a Defense Droid. Bouncing Bomblets can pepper an area with unpredictable explosive ordnance, but can be frozen in place with a Stasis Field. Choose your loadout wisely, with 17+ abilities to choose from!

Race across five vastly different locales, each with destructive and interactive environments. Use track hazards to your advantage to trap opponents and force a mistake. Blow up volatile trackside objects for big damage.

Features online multiplayer and two player splitscreen, be a part of a super team, or become rivals! 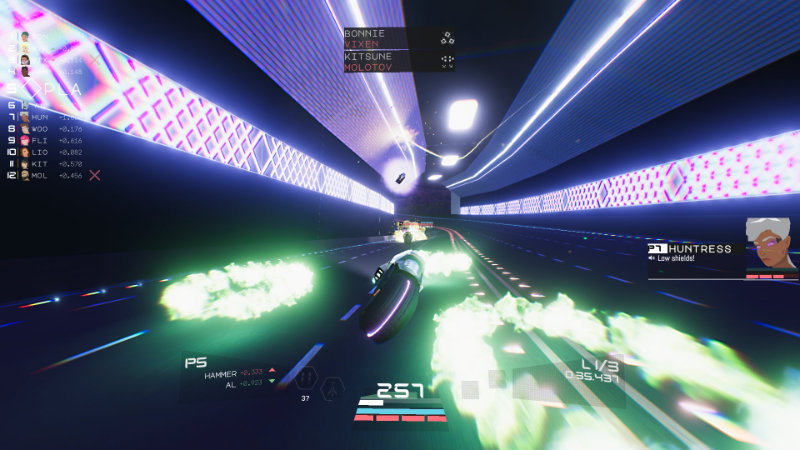 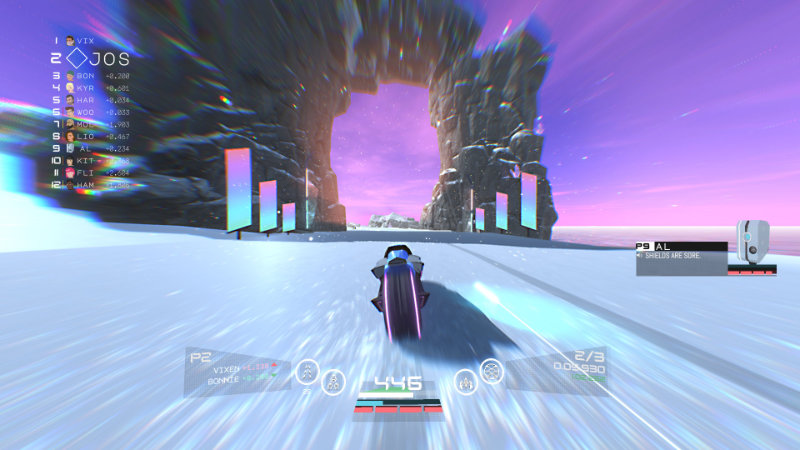 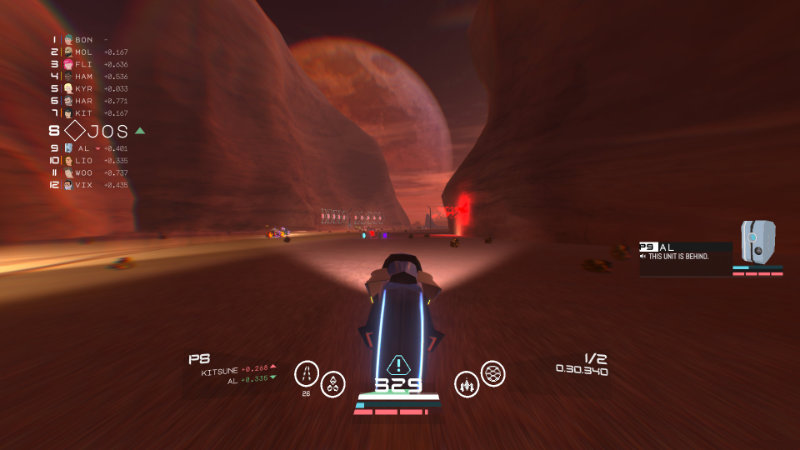 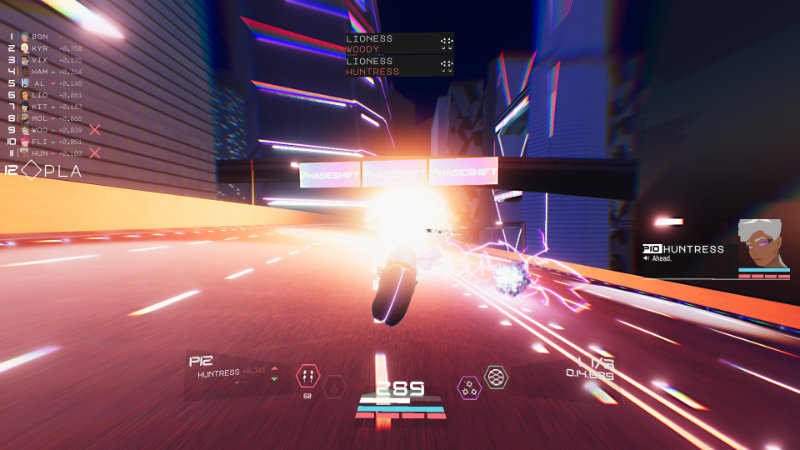 By using this site you agree to our Terms and Conditions. Please accept before using our site.